Where or not you think Ridley Scott has anywhere to be “back” from depends on whether you’re one of the seven fans of The Counselor (if so: greetings friend!), but with The Martian there is no disputing that he’s here now. Given the huge amounts of people involved in making a film it’s pretty difficult to separate out who to give credit for what but Drew Goddard (Cabin In The Woods, Netflix’s Daredevil), who adapted the screenplay from Andy Weir’s novel, makes me want to try anyway. Because it turns out, all one of our greatest living directors really needs to be great was a great script!

What’s in it? In the near future, a NASA mission to Mars goes wrong, leaving Mark Watney (Matt Damon) stranded alone on Mars. But he refuses to give up, and, using his scientific skills, engineers his own survival. Meanwhile, on earth, NASA races to launch a rescue mission that will reach him before he runs out of food, while the rest of his Mars crew, still spacebound back to earth, try to figure out what they can do. Damon’s “the best possible everyman” persona is perfectly used here, balancing the tension of survival and the humor he needs to survive. Scott’s eye is as good as ever, bringing the sweeping Mars landscapes to desolate life in a way that makes you wonder how they shot on Mars, with equally good production design put into NASA, the ships, and the artificial Mars habitat (“hab”) Watney calls home.

But, fittingly for a movie about people coming together, it’s the cast that makes the movie truly great. The bigger names like Jeff Daniels, Jessica Chastain, and Chiwetel Ejiofor are as good as you’d expect, but it’s the way they become part of the movie’s greater whole that inspires. Everyone feels like a fully-realized person, so the force of their dedication, first to science, then to saving Watney, feels that much more real, though props specifically to Benedict Wong’s weary engineer, and Donald Glover, who somehow manages to nearly steal the whole 2 hour and 21 minute movie with his few scenes.

With Gravity in 2013 and Interstellar last year, it’s great that we seem to now get a huge space movie every year. But where Gravity made space exploration terrifying, and Interstellar made it more about something else entirely, The Martian is a demonstrative love letter not just to the cosmos, but to science itself.

Damon plays almost the exact opposite of his character in Interstellar, not giving into the very real and overwhelming fear of his situation, but looking at it as a problem to solve. And then solving it, with some help from the entire world. Because, without hitting you over the head with techno-utopian self importance like this year’s similarly themed Tomorrowland, The Martian reminds you why you’d want believe in science in the first place.

Article Name
Film Review: "The Martian" with Matt Damon
Description
Director Ridley Scott's The Martian is a demonstrative love letter not just to the cosmos, but to science itself.
Author
Charlie Heller, exclusive to LAWestMedia.com; image from Fox “I Dream of Jeannie” Actor Bill Daily Dies at 91 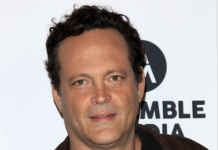 Movie Review: ‘Tea With The Dames’ – A Delightful Documentary on...