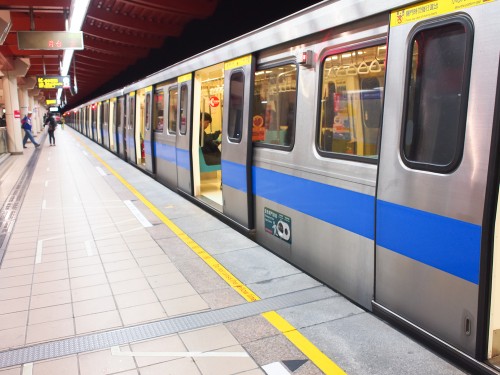 A minor accident involving a Metro Blue Line train and a truck in Long Beach today resulted in no injuries but led to some delays in rail service, authorities said. The commercial truck “scraped the side of the northbound train” shortly after 8 a.m. at Pacific Avenue and Third Street, said Ramon Montenegro of the […]

A suspect is hospitalized in critical condition today following an officer-involved shooting in Long Beach, authorities said. Officers were conducting an investigation into an armed robbery at about 3:20 p.m. Sunday near Pacific Coast Highway and Lemon Avenue, according to Marlene Arrona of the Long Beach Police Department Media Relations Detail. “As the officers approached, […]

Authorities today identified a man found dead from a gunshot wound in the Terminal Island area of Long Beach. Officers were called at 10:05 a.m. Monday to the 300 block of Hanjin Road, according to the Long Beach Police Department. Armando Amaya Jr., 21, of San Pedro died at the scene, the coroner’s office reported. […] A Long Beach SWAT team was dispatched today to help search for a suspect who allegedly brandished a gun before fleeing from authorities. Officers were flagged down in the area of Wardlow Road and Santa Fe Avenue at about 1:30 p.m. regarding an assault investigation, said Long Beach police Sgt. James Richardson. A victim told […]