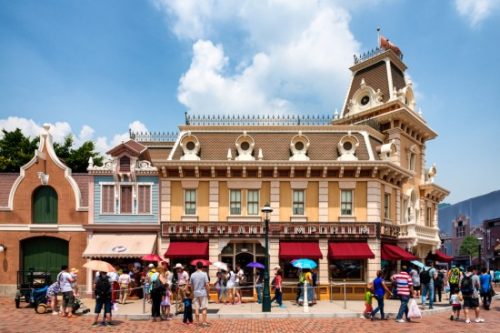 Francis Xavier Atencio, a longtime Disney animator and Imagineer who co-wrote the tune for the “Pirates of the Caribbean” ride, one of Disneyland’s most popular park attractions, has died. He was 98.

He Thought A Job At Disney Was Unattainable

Atencio died Sunday, according to the the Disney Parks Blog. No cause of death was given.

A Colorado native, Atencio moved to Los Angeles in 1937 to attend the Chouinard Art Institute. At the time, he thought a job at Disney was unattainable, but an art instructor encouraged him to submit his portfolio, the Los Angeles Times reported. The following year, he got a job. That kicked off a nearly half-century career with the company.

Atencio first saw his work on screen during the 1940 premiere of “Pinocchio,” on which he worked as an apprentice animator. He also worked as an assistant animator for “Fantasia.”

He left Disney to join the U.S. Army Air Corps and returned five years later as an animator, receiving his first on-screen credit for the Oscar- winning film “Toot, Whistle, Plunk and Boom.”

Atencio was transferred in 1965 to WED Enterprises, which later became Walt Disney Imagineering, to work on the Primeval World diorama for Disneyland. A month after his transfer, Atencio got a phone call from Walt Disney, who asked him to write the script for Pirates of the Caribbean ride, according to The Times.

Atencio also co-wrote the lyrics to the ride’s theme song, “Yo, Ho (A Pirate’s Life for Me),” though he had never written a song.

Atencio retired from Disney in 1984, but continued to consult for Walt Disney Imagineering for many years, according to the Disney Parks Blog. He was inducted as a Disney Legend in 1996.

He is survived by his wife, three children, three stepchildren and eight grandchildren.