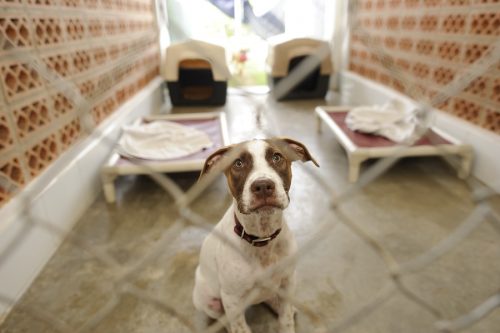 Looking to increase pet adoptions, the City Council moved forward Wednesday with a plan to ease zoning restrictions that prohibit rescue shelters from being located in commercial shopping areas.

Councilman Bob Blumenfield, who introduced the motion, said moving the centers to commercial areas with lots of street traffic will encourage more people to adopt pets while they are out shopping.

“Not only do they deserve a place where more people can see then, but they can help fill vacancies in our commercial areas that have sprouted up from the rise of Amazon and online sales and everything else,” Blumenfield said at a meeting of the Planning and Land Use Management Committee on Aug. 22.

The 11-0 vote directs the Department of City Planning, in consultation with the city attorney, to draft an ordinance that provides a definition of animal rescues and pet adoption centers and also allow them into commercial zones.

The city has banned the sale of commercially bred cats, dogs and rabbits at pet stores since 2013, but Blumenfield noted that when they were allowed the stores were located in commercial districts.

“Currently, pet adoption centers can only be located in our industrial and manufacturing zones, yet in the past we allowed pet stores in our commercial zones without objections,” Blumenfield said.

STDs On The Rise In LA County, Communities Of Color Hit Hardest